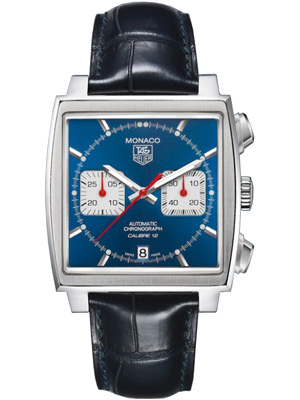 Tag Heuer was Founded in 1860. The company quickly made a name for itself as a quality manufacturer of reliable and robust chronographs and timepieces.

In 1933 Heuer developed the first board watches for racing cars and in the same year the legendary stopwatch Autavia The sporty image of the brand was further consolidated, in 1969, by the creation of a watch destined to become iconic, the Monaco. Steve McQueen gave exceptional exposure to the watch during the filming of the "Le Mans" movie, produced in 1970 and released in 1971.